More experienced moms have been telling me for years that this motherhood thing gets easier. The years of having littles in the house really does open up to a different season with its own challenges. They say that there is a light of the end of the tunnel for moms of littles. I wanted to believe, but I was too tired to hope.

It's been eight years with a least one little one in our house. Eight long years. The kind of years with short nights of little sleep. Especially the last two years.

Finally, I think I see the light at the end of the tunnel of life with littles. 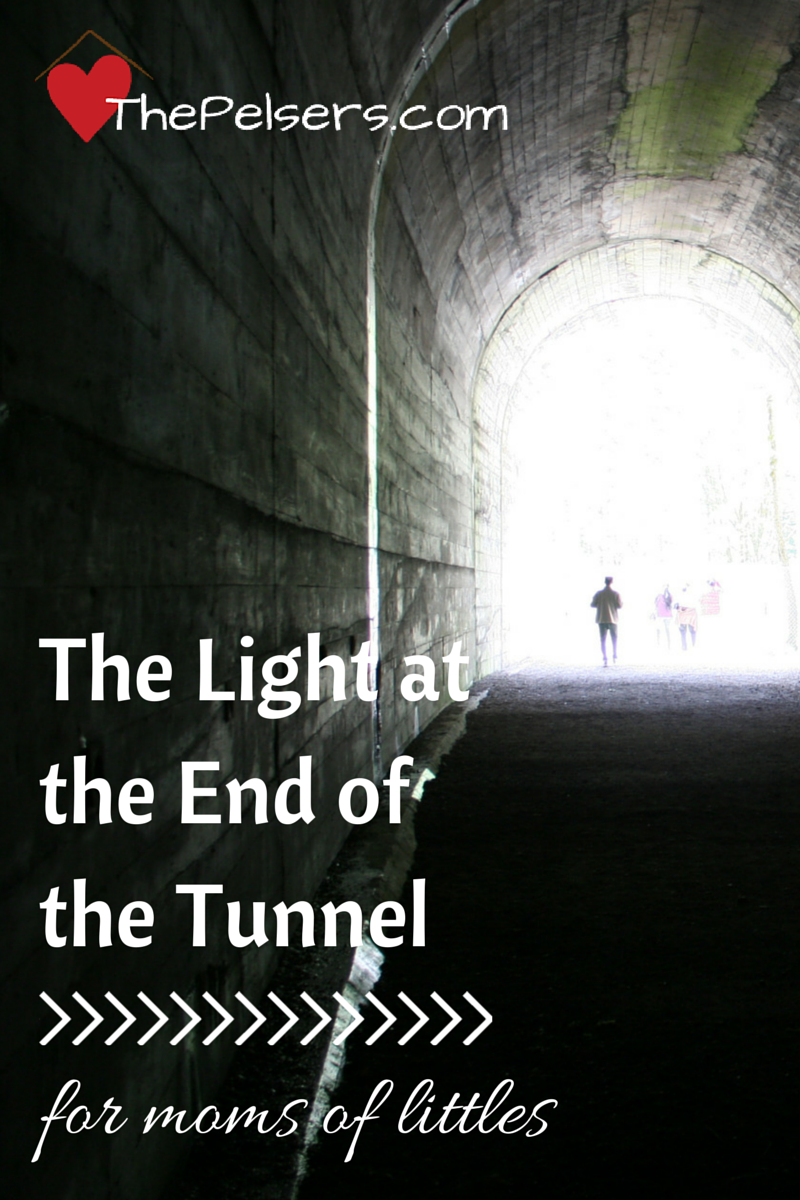 Our youngest has never been a good sleeper. He has never slept for more than four hours straight in his own bed since birth. Josiah is a restless sleeper who wants to be next to someone. He goes down in his own bed but appears in our bed anywhere from 2-4 hours later. But then it happened.

Suddenly, he slept 8 hours in his own bed.

Eight hours of glorious uninterrupted sleep for mommy and daddy.

By the time we were in bed and asleep, we didn't really get a full 8 hours of sleep ourselves, but that's ok. I slept with no feet in my back or side. There were no fingers poking my neck. It was a great night of sleep. Josh was so well rested that he sprang out of bed and into the shower at 5:30am – on a Saturday!

I was trying not to be frustrated that I now had a toddler wide awake next to me at 5:30am on a Saturday who was now putting his feet in my back. Those precious little feet had slept in his own bed all night long. As I was simultaneously lamenting my Saturday morning, rejoicing over a great night's sleep, and telling that toddler to keep his feet off me, Jonathan appeared in my room. It was 5:50am. The first words out of this now 8 year old boy's mouth were not what I expected. Not what I expected at all.

I think I heard angels sing. I saw the faint glow of the amazing light at the end of the tunnel of life with only littles these more experienced moms have been telling me exists.

Take it from me moms of only littles: There really is a light at the end of the tunnel. It's pretty likely I won't get another 8 hour night of sleep without a toddler in my bed tonight. It's also pretty likely my oldest will not be as helpful today as he was that morning. But, the day will come. This season of little sleep and little help really does end. I've seen the light at the end of the tunnel. There is hope.