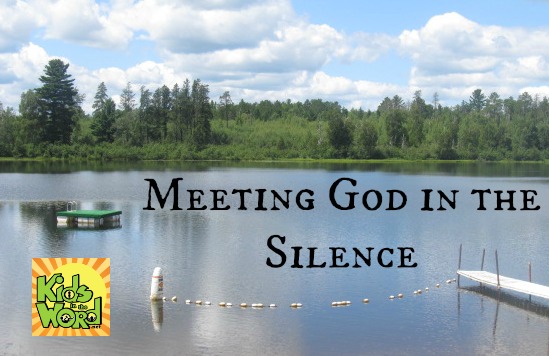 Silence is difficult. We are surrounded by noise. TV, radio, voices – true moments of silence seem few and far between.

Many of us find silence uncomfortable. I know a lot of people who need music or television to fall asleep. I find myself turning on the TV or the radio when I’m home alone just for “background noise.” Researchers say that in a group conversation there is a lull in conversation that happens approximately every 7 seconds and it can often make people in a group very uneasy.

I wonder how often that happens to us. How often do we miss the voice of God because we haven’t tuned out the other noise that is trying to drown it out?

Every year my church hosts several Prayer Days. On these days, people sign up for 30-minute shifts of silent prayer in our chapel. Truth be told, the first time I did this it was really, really hard. I pray a lot, but I don’t think I had ever spent thirty minutes in silent, focused prayer. I fidgeted, I watched the clock, and my mind wandered much more than it should have. I did finally get through it, but I wasn’t sure if it was a practice I really wanted to continue.

It took some discipline, but I tried it again, and found the intentional time with God, and the silence, to be very meaningful. Now, when I go into the chapel to pray (and I go in there quite often) the time goes quickly.

Each time I pray, and spend time in focused, silent prayer, I think about the wise words of Mother Theresa. She said:

“God speaks in the silence of the heart. Listening is the beginning of prayer.” 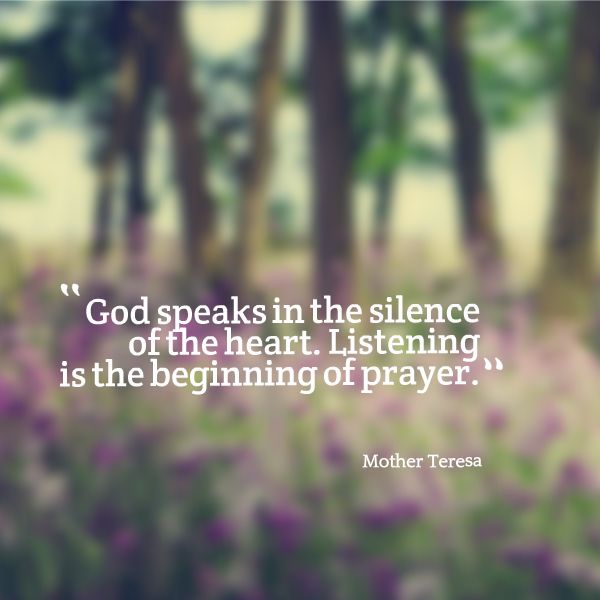 I have made some efforts to incorporate silent time and prayer into my own life, but I haven’t done a great job at modeling this with my children.

We have made efforts to be “unplugged” and have instituted a “no-technology night” (Thursdays) in our house. This has helped them learn to be comfortable with less noise and to be less dependent on some of their technology (and it has helped mom and dad too).

Our next step is to use some of that time to intentionally connect with God. Our kids will be joining me for our next Day of Prayer as we work together to figure this stuff out.

What are your suggestions for incorporating quiet time with God, with your children and for yourself?

Shawna lives in Minneapolis, MN with her husband and two children. She works in Children, Youth and Family Ministry in the local church and is dedicated to partnering with parents and churches for the faith development of their children. She loves watching her son play baseball and hockey, enjoying theatrical performances by her daughter, cooking and reading a good book.